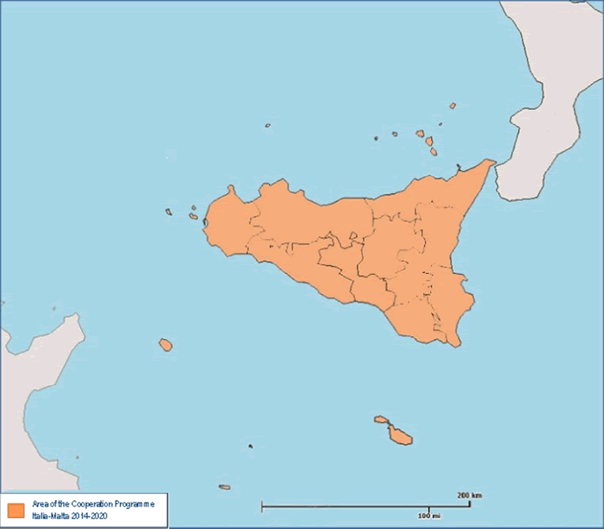 For Italy it counts the entire Sicilian territory with an area of 25.832 Sq. Km.

For Malta it counts the entire Maltese territory with an area of 316 Sq. Km.

The Cooperation area, situated in a peripheral position with regard to European Union nucleus, varies a lot from a morphological point of view.

In Sicily a hilly (both inland and on the coast) prevails  while Malta is characterized by plains and rocky coasts.

The area is characterized by a marked rurality and by the widespread presence of small and medium sized urban centres.  The cooperation territory has an insular nature with double insularity cases on both sides